Champions of the Sky 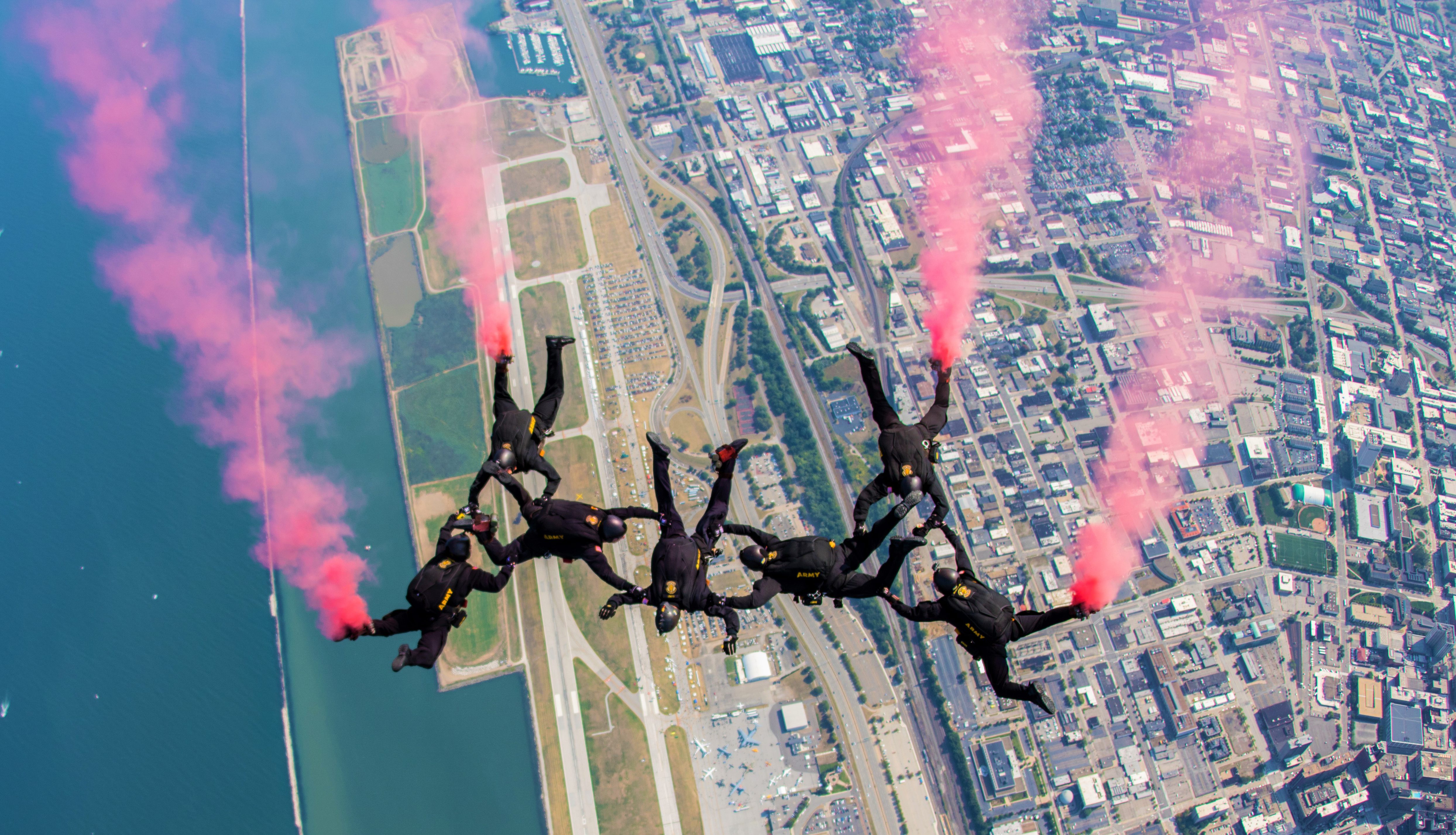 The U.S. Army’s elite parachute team will amaze spectators by cutting away a parachute on purpose, passing a baton between team members mid-air, flying the American flag at 12,000’ and landing dead center on a target. Since 1959, the team has conducted more than 16,000 shows in 50 states and 48 countries, reaching an average of 60,000 people per show. The Golden Knights also compete and have earned the U.S. Army 2,148 gold, 1,117 silver, and 693 bronze medals in national and international competitions. Team members have also broken 348 world records. Under a canopy of black and gold they fly the colors of the Army. For more information, click here.

The Golden Knights are not just in the air...spectators can witness formation practice, meet the team and even help pack a parachute! 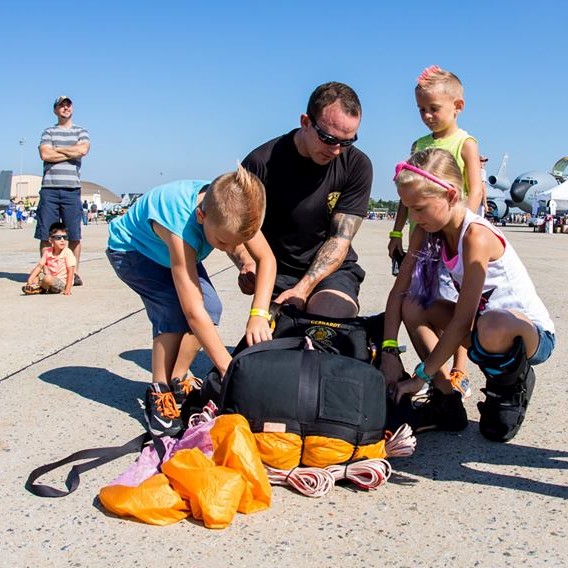 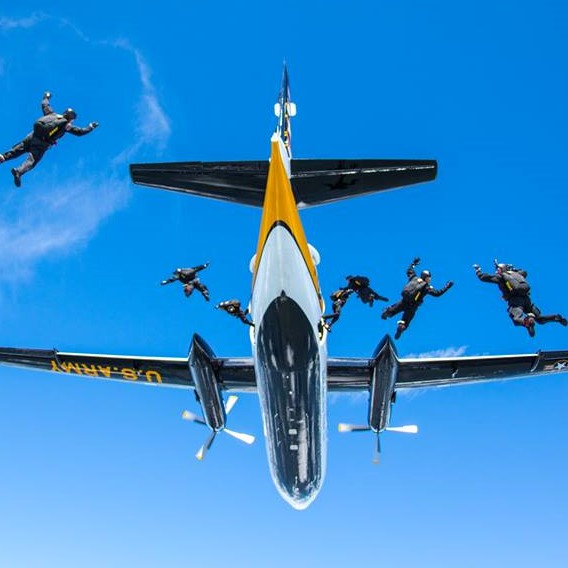 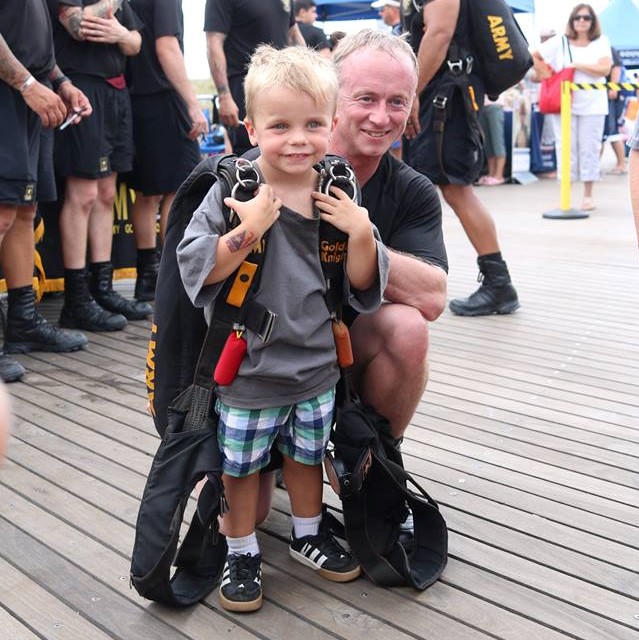 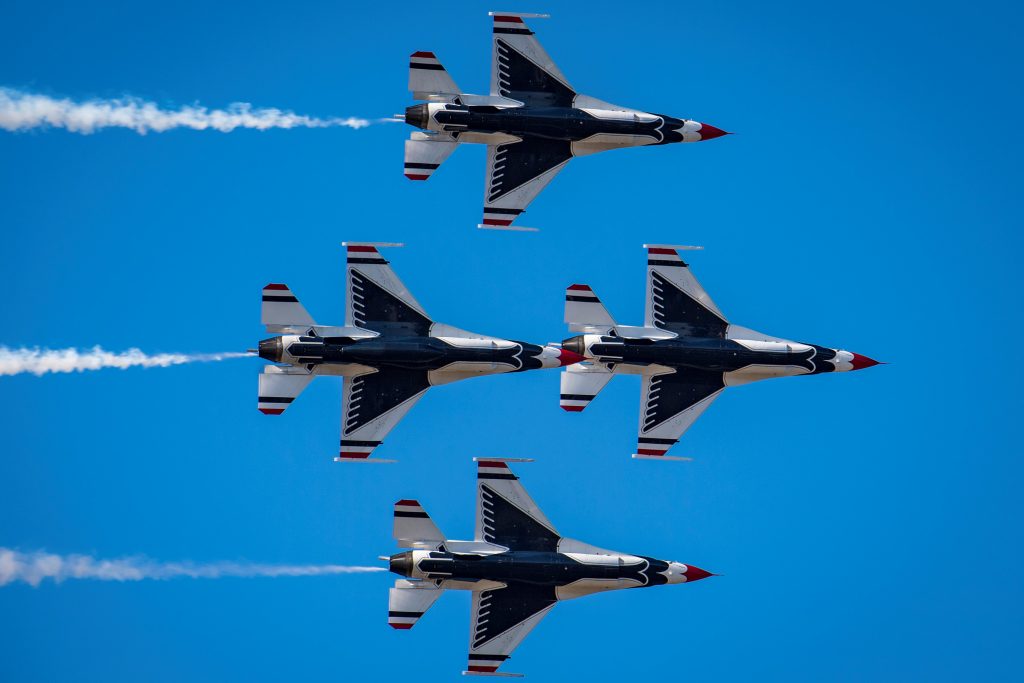 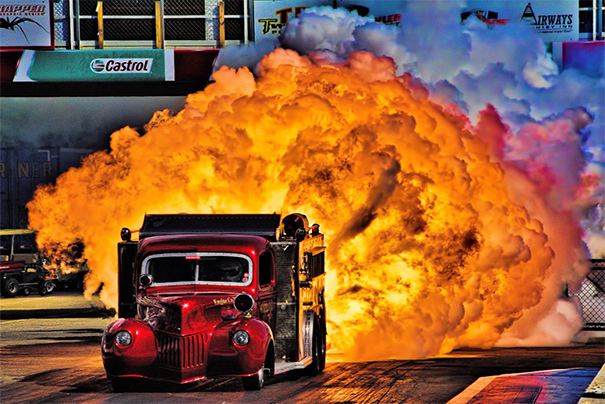 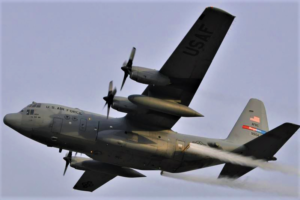