Fat Albert’s JATO demonstration) and showcased its role in Aviation’s 100 year history as host of the “Golden Age of Aviation” and a focus on the National Air Races.  This included a Laird Super Solution and a simulated Unlimited Air Race with the restored 1949 Thompson Trophy Racer F2G Super Corsair  #57, a P-51 Mustang and a Hawker Sea Fury.  Other acts included a rare P-38 along with other warbirds that was punctuated by pyrotechnics, the first Cleveland appearance of the Firebirds Delta Team, another first-time Cleveland appearance by the US Air Force Reserve Above and Beyond Jet Car, a long-awaited return of Air Show legend Debbie Gary, the US Army Golden Knights, A-10 demonstration, F-14 demonstration and the always popular RAF Nimrod MR2. 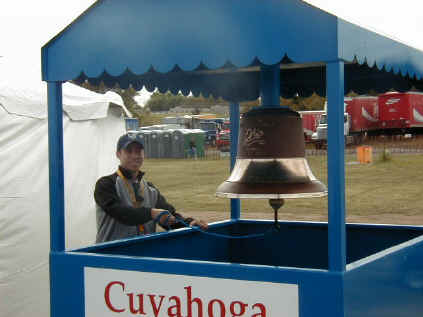