In a career that spanned portions of five different decades, Chuck Newcomb distinguished himself as among the very best air show event organizers in the world and was inducted into the International Council of Air Shows Foundation Hall of Fame in December of 2014.

Chuck was introduced to the business during a two-year tour as Blue Angel Number Eight. As the team’s event coordinator and public affairs coordinator, he planned an ambitious tour of Europe in 1973, expanded the Blue Angel Support Manual, and saw air shows from the perspective of both the team and event organizers.

After leaving the Navy in 1974, Chuck started what became a life-time career by producing a small show near Dallas. A few months later, he began his relationship with the Cleveland National Air Show, a partnership that lasted 40 years. 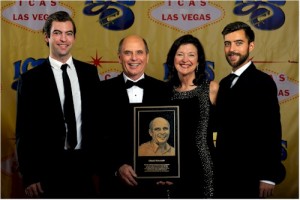 Chuck Newcomb with his wife Jenny and sons; Brian and Kevin at the 2014 ICAS Foundation Hall of Fame Induction 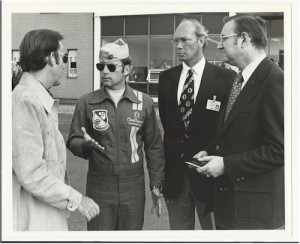 Since 1974, Chuck organized air shows from Dallas to Detroit, from Miami to Colorado, and everywhere in between…more than 150 different air shows and other aviation events. In 1990, he organized Jaguar America’s 50th Anniversary of the Battle of Britain air show tour. He also spearheaded the historic Russian MiG Friendship Tour of North America in 1991, and participated in the 500th Anniversary Columbus’ Discover America Tour with Italy’s Frecce Tricolori military jet team in 1992. Chuck helped to open Denver International Airport in 1993 with a massive air show and open house. He also planned and conducted the 100th Anniversary of Flight Dayton Air Show in 2003.

Chuck was a recipient of the International Council of Air Shows (ICAS) Sword of Excellence, an 18-year veteran of the ICAS Board of Directors, and a former chairman of the ICAS Board. Chuck advocated for and conducted the first ICAS Air Show Spectator Survey, a biennial tradition that has spanned three decades. As a Board member in 1986, he helped to identify and recruit the first full-time ICAS executive director.

Chuck wrote the manual, designed the course outline, and ran the first Air and Ground Safety Seminar, a program that has since been offered to more than 2,000 air show professionals during the span of 25 years. 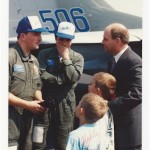 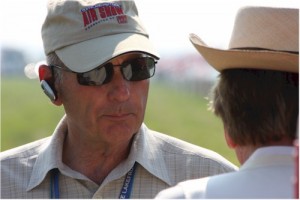 Newcomb’s most important contribution to the air show business was his commitment to bringing business principles into the management and execution of the air shows with which he has been affiliated. From site evaluation, budgeting and ticketing control to marketing, manpower coordination and development of an entertaining air show event schedule, he is the very definition of an air show professional. And he actively shared the experience and knowledge he developed during four decades with his air show colleagues all over North America.